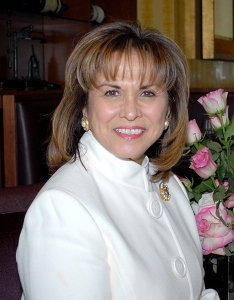 Helen is the President and Founder of The Imagen Foundation and Executive Producer of the Imagen Awards, now in its 36th year. Under her leadership, the Imagen Awards have become one of the most prestigious Latino awards in the entertainment industry and have often been referred to as the “Latino Golden Globes.” She began her career in the entertainment industry as an executive at Tandem/TAT Communications which later became Embassy Communications and then Columbia Pictures Television, working under the leadership of television icon, Norman Lear.

Helen currently serves as Los Angeles County Arts Commissioner, where she is the immediate past president, on the board for the National Parks Conservation Association and is a member of The Academy for Television Arts & Sciences. She is also a former board member for the national Public Broadcasting System (PBS). 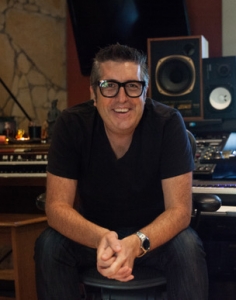 Cheche Alara has composed music for The Titan Games; (NBC) Death by Magic; (Netflix) To Tell the Truth; (ABC) and The ALMA Awards (NBC) among others. Yet credits tell only half the story.

In addition to his skills as a composer, he brings considerable expertise as music producer, arranger, music director, conductor and virtuoso keyboardist to the table—a skillset expansive enough to make him “one-stop shopping” for creators. Recalling the time, he was invited to join Barbra Streisand’s The Music, The Mem’ries, The Magic concert tour as keyboardist—then tasked to arrange and record the opening and closing sequences for the production of the tour’s 2017 Netflix special.

Whatever the musical adventure, Alara brings something fundamental to the table beyond his considerable musical chops—a profound warmth and good humor that make him the guy that artists and creative execs want in the room. And whether that room is a recording studio, a concert hall—or a production office, what you get is a consummate player whose joy in creating music is utterly infectious, and whose generosity in composing, arranging and playing lifts up everyone in its presence.

Those qualities have helped him orchestrate moments, not just tunes—such as pairing Luis Fonsi and Martina McBride at The ALMA Awards, and spearheading a duet between Robbie Williams and Thalia. His musical sensibility is global, but so is his ability to connect and establish trust with creative professionals. They may bring him in for his musical bona fides, but they want him around for that essential spark. 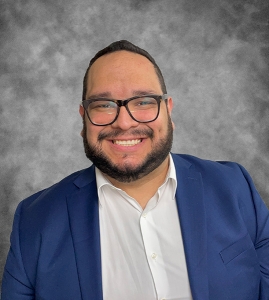 Truman Alfaro is a Manager and Producer in the Film and Entertainment Industry with over 10 years of managing film projects, production companies, and teams of talent / creatives. Truman’s endeavors typically take him from conception to end credits, including such viewing pleasures as Netflix’s Julie and The Phantoms, Disney’s Family Singalong, The Hocus Pocus 25th Anniversary, and Overthinkers Society with Su Lee.

Thanks to his involvement in the Entertainment Community, Truman has had the honor of working with philanthropic organizations like Make A Wish Foundation, Children’s Miracle Network, Leukemia and Lymphoma Society. 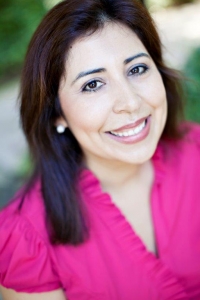 Susana holds a Bachelor of Science degree from California State University Long Beach, where she majored in Business Administration with an emphasis in Human Resources Management. She was named a “Top Latina Leader” in Hispanic Magazine in December 2012. Susana previously headed Human Resources at Cinedigm Corp and Miramax Films. Prior to that, she was Senior HR Manager at Game Show Network, Staffing Manager at Universal Studios and Head of Staffing and Diversity Outreach for MTV Networks/Viacom. Susana started her entertainment career at Sony Pictures Entertainment in their Human Resources department, however, initiated her current path in HR as an Intern at the Coca-Cola Bottling Company in Los Angeles, CA. Susana is a native of Mexico and grew up in Southern California. She enjoys spending time with her nieces & nephews and outdoor sports and activities. 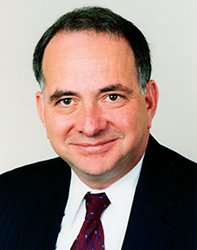 Jonathan D. Avila serves as Vice President & Chief Privacy Legal Officer for Walmart Stores, Inc. Previously, Mr. Avila was Vice President — Counsel, Chief Privacy Legal Officer of The Walt Disney Company. Mr. Avila supervises data privacy law counseling and compliance for the domestic and international operations of Disney’s offline and online businesses. Prior to joining Disney, Mr. Avila was General Counsel and Chief Privacy Officer of Mvalue.com, Inc., a venture capital-funded Internet company. Mr. Avila also has served as Litigation Counsel to CBS Broadcasting, Inc., where he represented CBS in privacy litigation related to CBS’ news broadcasting activities. Prior to joining CBS, Mr. Avila practiced with the Los Angeles office of Latham & Watkins. Mr. Avila began his legal career as a law clerk to Judge W. Eugene Davis of the United States Court of Appeals for the Fifth Circuit. Mr. Avila has served as Western Region Co-Chair, and presently serves as a member of the Governing Committee, of the Forum on Communications Law of the American Bar Association. Mr. Avila was a member of the Advisory Group to the California Office of Privacy Protection with respect to its Recommended Practices on California Information-Sharing Disclosures and Privacy Policy Statements (SB 27). Mr. Avila also serves on the Board of Directors of the Imagen Foundation, a non-profit entity devoted to fostering positive portrays of Latinos in the entertainment media. Mr. Avila is the author of “Food Lion and Beyond: New Developments in the Law of Hidden Cameras” published in the Winter 1999 issue of Communications Lawyer. Mr. Avila has spoken publicly on a number of occasions on the subjects of data privacy and First Amendment rights. Mr. Avila graduated cum laude from Yale University in 1979 with a Bachelor of Arts degree in Philosophy, and received a J.D. from the Harvard Law School in 1984. Mr. Avila also holds a diploma from the University of Salamanca (Spain). 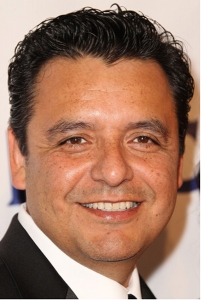 Alfredo Ayala, responsible for leading Research & Development project teams, has helped design and create innovative effects for popular Disney Parks attractions such as the Haunted Mansion, Finding Nemo Submarine Voyage and Soarin’, among many projects. He holds over 10 patents and several publications in chemistry, artificial intelligence and what it take to be an Imagineer. Most recently he was part of a team working on the next generation of Audio-Animatronics figures called Autonomatronics. Many of Ayala’s past and present cutting-edge projects are categorized as classified or Top Secret. In 2007 he was the recipient of the Walt Disney lmagineering Spirit of lnnovention Award. In 2011 he was the recipient of the IMAGEN award for Creative Achievement, and 2015 he was named one of the 20 most influential Latinos in tech by CNET. 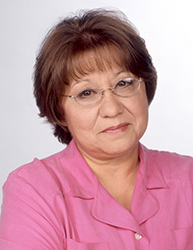 Prior to joining Fox Television Stations, Inc., Buranasakorn had fifteen years experience in human resources, including various positions within such diverse industries as textiles, banking and retail. As a member of the Management Training Program, she began her career in administration in 1975 at the J.W. Robinson Company. Buranasakorn currently serves on the Board of Directors of The Imagen Foundation and the Corporate Advisory Committee for the County of Los Angeles Human Relations Commission. She is a graduate of the University of Chile, with a master’s degree in social science. A native of Santiago, Chile, Buranasakorn and her family reside in Woodland Hills. 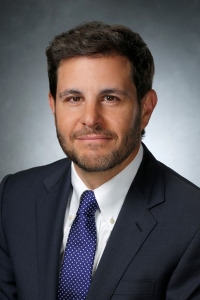 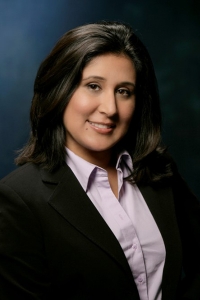 Previously, she served as Sr. Vice President, Comedy Series Development at CBS, where shedeveloped and oversaw CBS’s new comedy projects. She was involved in the development of many of the Network’s hit comedies including THE BIG BANG THEORY, KEVIN CAN WAIT, MOM and LIFE IN PIECES. She is currently working on the new fall series 9JKL, ME, MYSELF & I and YOUNG SHELDON.

Mendoza was born and raised in Los Angeles, CA and is a graduate of UCLA with a Bachelor’s degree in Communication Studies.

Jennifer Ortega is a veteran entertainment business affairs executive with an industry track record of over twenty-five years working at entertainment industry networks, studios and law firms. Ms. Ortega currently serves as a senior executive at Paramount Media Networks, overseeing business and legal affairs across all of the BET branded businesses (BET-branded television channels, the BET+ streaming platform and BET Studios operations). Jennifer previously served as the head of business and legal affairs for the former Telepictures Productions division of Warner Bros Entertainment. Prior to Warner Bros, Jennifer spent the majority of her career as a senior executive at Viacom Media Networks (subsequently VIacomCBS and now Paramount Global). Over the course of her initial twelve years at Viacom, Jennifer’s roles and responsibilities included working in a divisional role across Viacom’s suite of cable television networks, leading the business and legal affairs department for the former Music & Entertainment Group and serving as the business and legal affairs department head for the MTV, VH1 and CMT channels and businesses. Ms. Ortega started her career as an entertainment transactional associate with the law firm Katten Muchin Rosenman.

Ms. Ortega received her law degree from the University of California, Berkeley, School of Law and her undergraduate degrees in Business Administration and English from California Polytechnic State University, San Luis Obispo.  Jennifer is an active member of numerous entertainment industry organizations and is a tireless advocate for diversity in both the entertainment industry and legal profession. Over the course of her career, Ms. Ortega has been recognized as one of the Most Powerful and Influential Latinos in Entertainment, was profiled in an edition of Hispanic Executive Magazine and has been named one of the Most Influential Minorities in Cable by CableFax Magazine. Jennifer served on the Board of Directors of the Imagen Foundation for many years while she was in private practice and during her early years at Viacom, and has recently returned to her board seat to continue her front-line advocacy for the positive portrayal of Latinos in media and the recruiting, retention and promotion of Latino leaders in the entertainment industry. 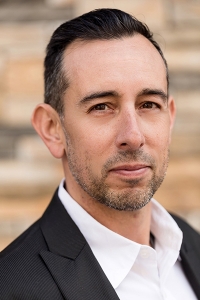 Salinas is responsible for overseeing and managing post-production delivery for unscripted content to Prime Video. He is based at the Amazon Studios newly built office in Culver City California.

OTT distribution with a core understanding of post-production workflows, Salinas has extensive knowledge of traditional distribution and localization on a variety of platforms.

A native of Southern California, Salinas holds a degree in film studies from Cal State Northridge with a focus on multimedia. His tenure in the entertainment business includes positions at Viacom Networks under the Los Angeles MTV News Bureau where he spent over 4+ years working under the production management division at MTV News covering all aspects of news, entertainment, music, pop culture and political platforms. From budgeting and pre-production, editorial, localization, mastering, and final delivery Frank has an excellent understanding on the entire production to post process.

Salinas’s broad range of experience encompasses both large and small-scale productions, which includes work on The Golden Globes, The Grammys, MTV Movie Awards and the VMA’s, while serving as VP of Post-Production and Operations at 25/7 Productions. He has worked as Supervising Producer on ABC’s The Vineyard, CBS’s The Briefcase, NBC Universal series S.T.R.O.N.G and most recently on the Netflix series The Ultimate Beastmaster and Fearless that was recently nominated for a multiple sports Emmy that included editing, sound design, and GFX. Additional experience includes working as Supervising Producer & Post Producer on a variety of projects for Film 45, Endemol/Reveille/Shine America, RDF/Zodiac USA, and Next Entertainment. Possessing the technical knowledge required in today’s changing world of deliverables, Salinas has delivered shows to all the major networks including ABC, NBC, CBS as well as OTT’s Amazon and Netflix. Prior to making the leap to Amazon Studios Salinas worked at STX Entertainment.

With a passion for modern day storytelling, Salinas prides himself on working with some of the smartest, most talented creative minded people in the business. With a true love for editorial and the craft of story and character development, he stays true to what he loves.

He is an active member of SMPTE community, The Television Academy, Film Independent and has been a member of the Producers Guild of America for over 10 years. Most recently Frank has been accepted to the Board of Directors for the Imagen Foundation.