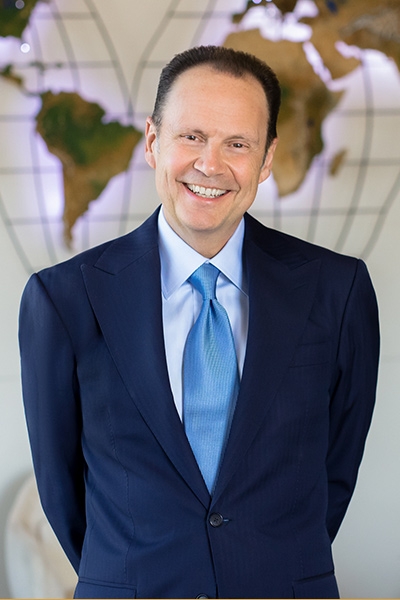 As CBS’ top global executive, Nuñez oversees all content licensing of CBS-owned programming to domestic and international distribution partners across all platforms: cable, broadcast and streaming services. He is responsible for monetizing a growing portfolio of original content that airs on the CBS Television Network, The CW, CBS All Access, SHOWTIME and non-CBS platforms, as well as a library of more than 70,000 hours of programming. CBS Global Distribution Group has 15 offices worldwide.

In this role, Nunez also has oversight of CBS Television Distribution, which produces and distributes seven of the top 10 first-run shows in syndication, including industry-leading franchises such as ENTERTAINMENT TONIGHT, DR. PHIL, INSIDE EDITION, RACHAEL RAY, WHEEL OF FORTUNE, JEOPARDY! and JUDGE JUDY.

Nuñez has led CBS’ international media business since 1999. He originally joined CBS as President of what was then CBS Broadcast International in July 1999 and assumed the additional title of Executive Vice President, CBS Enterprises in January 2000. He also led CBS’ combined domestic syndication and international operations from 2012-2016. For the past two years, he focused on CBS’ rapidly expanding international business as head of CBS Studios International, one of the biggest growth engines for the Company.

Under Nuñez’s supervision, CBS Studios International has grown to distribute a comprehensive slate of top-rated, critically acclaimed programming in every genre. The international operation licenses programming across all media platforms in more than 200 countries in more than 60 languages. The division manages 11 channel ventures covering 109 territories and supervises the Company’s ownership of Network 10 in Australia (which he was instrumental in helping acquire). It also focuses on international co-productions and local content production, and coordinates with CBS Interactive to support the Company’s global rollout of CBS All Access.

Nuñez has been named to multiple “power” lists (including The Hollywood Reporter and Hispanic Business Magazine) as a major television influencer. Recently, he was named to Variety’s “Dealmakers” list for 2018.  Most notably, he was one of the first recipients of the inaugural MIPTV Médaille d’Honneur, which recognized six international television executives, including his father, Armando Nuñez Sr., for their achievements in the industry. At the same time, Nuñez received the City of Cannes Gold Medal at Cannes City Hall in a ceremony hosted by Mayor Bernard Brochand.

Nuñez is a member of the board and co-chair of the global committee of NATPE International, as well a member of the board and executive committee of the International Council of the National Academy of Television Arts and Sciences (NATAS). In addition, he is currently on the board of trustees of Fordham University and was formerly on the board of visitors of the George L. Graziadio School of Business and Management at Pepperdine University.

A native of New York, Nuñez graduated from Fordham University with a Bachelor of Science degree in marketing and management.