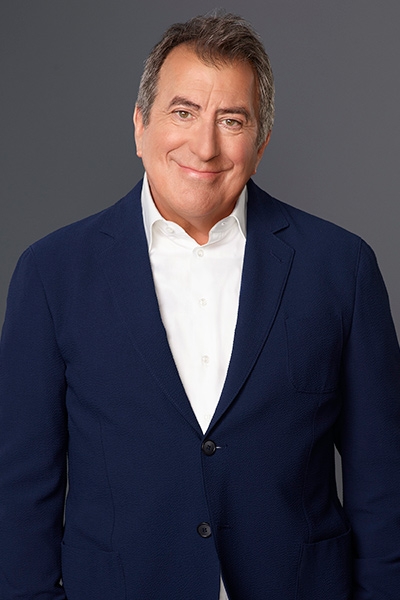 Kenny Ortega’s work as a director, choreographer, and producer is known and loved by millions around the world.

Some of Ortega’s works throughout his long and illustrious career in film and television include the feature documentary “Michael Jackson’s This Is It”, “Newsies”, “Hocus Pocus”, and Disney Channel’s “High School Musical” franchise, which were the most successful Disney Channel Original Movies to date when they premiered. Ortega received an Emmy win for choreography.  He is also the executive producer for both of the movie’s multi-platinum soundtracks. In 2008 Kenny directed and executive produced “High School Musical 3: Senior Year (HSM 3)” for Walt Disney Motion Pictures. “HSM 3” was the biggest theatrical box office opening for a musical in history.

Most recently, Kenny directed  “Descendants 3” for the Disney Channel, the third in the record-breaking Descendants trilogy. The “Descendants 2” and “Descendants 3” Soundtracks also debuted at #1 on iTunes. Additionally, in the past few years, Kenny has directed “A Change of Heart” (winner of the OUTshine Film Festival Audience Award for Best Feature),“The Rocky Horror Picture Show: Let’s Do the Time Warp Again” for FOX (which premiered during Halloween 2016), and The Hocus Pocus 25th Anniversary Special for Freeform. Currently, Ortega is shooting his Netflix series, “Julie and The Phantoms.”