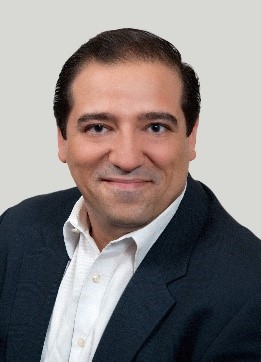 As Executive Vice President of Global Human Resources, Michael Alicea is responsible for all Human Resources activities across Nielsen’s Global Connect Business.  This group contains over 30K people and does business in over 100 countries.

Michael possesses a strong background in a broad range of human resource disciplines including employee relations, performance management, training, and corporate initiative fulfillment. He began his career at VNU in 1995 as Manager of Human Resources for the Media Information Group and he has held a variety of leadership roles within the company in HR, communications, Product Leadership and operations. He then transitioned into Nielsen in 2001 with the Acquisition of ACNielsen.

Prior to his current role, Michael was Senior Vice President of Human Resources for Global Media, and Nielsen Business Media, (including our former trade shows and publishing assets such as ShowWest, The Hollywood Reporter, Billboard, Backstage and AdWeek among many others). Before that, he served as Vice President of Operations and COO at PERQ/HCI.  In 2001, Michael advanced to Vice President of ACNielsenHCI where he was responsible for the day-to-day operations of the company.

Before joining Nielsen, Michael held several HR positions in compensation, employee relations and labor within a large non-profit organization in New York City and with VNU

Michael has a BBA in Human Resources and Organizational Management and has completed graduate coursework in Business Policy at Baruch College.  In 2010 he also completed Nielsen’s Global Leadership Program in Bangalore, India.