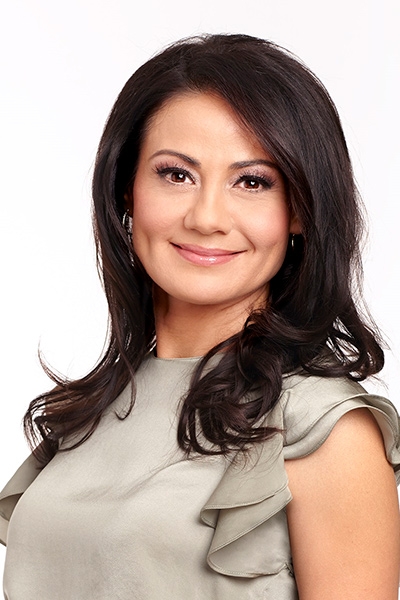 Mónica Gil is Chief Marketing Officer and Executive Vice President for NBCUniversal Telemundo Enterprises, a world class media company with a fast-growing portfolio of multi- platform media properties. In this role, she serves as the key executive driving the company’s reputation, brand and corporate identity. She is responsible for Marketing and Corporate Affairs, which includes Communications, Publicity, Corporate Social Responsibility, and Government Affairs. Gil also oversees Human Resources, with a focus on deepening a creative culture of innovation and collaboration. She reports to NBCUniversal Telemundo Enterprises Chairman, Cesar Conde and plays a critical strategic and operational role on his executive team.

A veteran brand positioning and business strategist, Gil combines her political, and media industry expertise to help drive corporate strategy across a range of broadcast, cable and digital properties.

Previously, Gil was Senior Vice President and General Manager of Multicultural Growth and Strategy at Nielsen where she was responsible for driving growth, providing market insights and delivering comprehensive strategies to reach diverse consumer segments. As the highest-ranking Latina at Nielsen, she was instrumental in establishing best practices to capture and accelerate multicultural growth opportunities for Nielsen’s numerous blue-chip clients. She joined the company in 2005 as Vice President, Communications, and was subsequently promoted to Senior Vice President, Public Affairs and Government Relations.

Before joining Nielsen, she served as a senior member of Antonio Villaraigosa’s political campaign team and was part of his historic mayoral victory in 2005. She also served as Press Secretary for the Speaker of California State Assembly and was Director of Public Affairs and Community Outreach for KVEA Telemundo 52 in Los Angeles.

Gil has received numerous recognitions including being selected as one of People en Español’s “25 Most Powerful Women” in 2018 and “City Year’s 2018 Business Leader of the Year.” In addition, Gil was honored by the Anti-Defamation League for her courageous leadership in 2016 and named one of “Hispanic Business Magazine’s 50 Influentials” in 2011.

Gil is a member of the Latino Advisory Panel to the Kennedy Center, and a former Board Director of ProAmerica Bank and the National Girl Scouts USA. She has a B.A. in Political Science from the University of California Berkeley and an M.A. from the USC School of Public Administration.