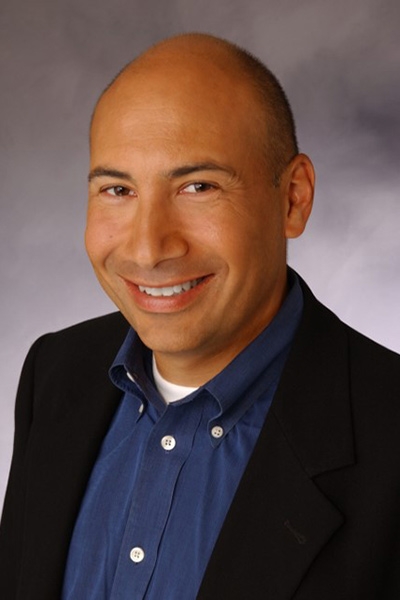 In his position, Gonzales oversees the Network’s publicity efforts on behalf of primetime series, specials, movies and mini-series as well as late night and daytime programming.  He also serves as the department liaison to the trade press on program development activities.

Since joining CBS, Gonzales has overseen publicity campaigns on behalf of all three CSI’s, THE GOOD WIFE, the three NCIS editions, HOW I MET YOUR MOTHER, THE BIG BANG THEORY, CRIMINAL MINDS, BLUE BLOODS, MOM, BULL, MADAM SECRETARY, Emmy Award winning series THE AMAZING RACE, BIG BROTHER, the late night series THE LATE SHOW WITH STEPHEN COLBERT, and THE LATE LATE SHOW WITH JAMES CORDEN, the launch of last seasons’ #1 new comedy YOUNG SHELDON, and the recent premiere of MAGNUM P.I., among others.

Gonzales joined CBS from Warner Bros. Television where he had been Vice President, Publicity since 2000.  In addition to assisting in the day-to-day operations of the Warner Bros. publicity department, he spearheaded the landmark, award-winning publicity campaigns during the 10-year run of “Friends” and worked on many of the studio’s other big hits including  “The West Wing,” “Third Watch” and,  CBS’s “Two and a Half Men.”  He joined Warner Bros. in 1992 as a Senior Publicist and was named a Director in 1996.

From 1987-1992, Gonzales worked at Fox Broadcasting Co., beginning as an intern and working his way up to Manager, Publicity.  At Fox he worked on campaigns for “21 Jump Street,” “Alien Nation” and “Cops,” among others.

In 1995, Gonzales was the recipient of the Publicists Guild Award for best television campaign for his work on “Friends.”

He is a graduate of Cal Poly Pomona with a Bachelor of Science degree in business.